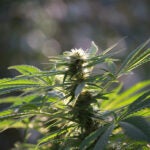 An unexpected link between marijuana and fertility

The Harvard Museum of Natural History (HMNH) announced the new Climate Change exhibit that draws on the latest scientific information about our warming climate, the global and local consequences, and how to both reduce the fossil fuel emissions that cause it and prepare for its effects.

Developed in collaboration with the Harvard University Center for the Environment and informed by new Harvard research, the exhibit offers visitors the hard facts­­ — the knowns and unknowns — about one of the greatest challenges the world faces.

“Climate change is one of the most complicated and challenging problems the world has ever faced,” said Dan Schrag, director of the Harvard Center for the Environment and lead curator of the exhibit. “It is a global problem, and one that requires global action to manage the impacts and minimize the risks. Here at Harvard, we have many researchers who contribute to understanding climate change and working towards solutions. This exhibit is a manifestation of that knowledge, and through our partnership with HMNH, we are able to present some of that to the broader community.”

The exhibit reveals that the carbon dioxide concentration in artic ice cores is now measured at an alarming level of 410 ppm, now higher than any time in the last 800,000 years. The west Antarctic ice sheet, comprising 90 percent of all ice on the planet, is predicted to collapse by 2100, raising sea levels three feet or higher.

Scientists are working on possible solutions that include renewable forms of energy like solar geoengineering. Harvard’s Solar Geoengineering Research Program (SGRP), launched in 2017, is the leading and largest-ever research program to investigate the potential benefits and risks of the cutting-edge aerosol injection technology with a focus on reducing, or even reversing, ozone loss. The interdisciplinary team is dedicated to building data from a wide variety of sources in order to gain world government funding for testing and implementation protocols.

The exhibit also offers a dramatic inside look at the revolutionary high-tech Argo float from the Woods Hole Oceanographic Institution, providing real-time data about our changing oceans in a warming world.

Harvard Museums of Science and Culture Executive Director Jane Pickering said the museums aim to provide a meeting point for scholars and the public. “The Harvard Museum of Natural History has had an exhibit on climate change since 2004,” said Pickering, “but we felt it was imperative at this time to rethink our display. We wanted to connect visitors to the cutting-edge research going on at the University as they consider their own responses to this unprecedented global challenge.”