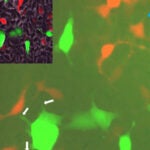 In liver, a stressed cell can be bad news for its neighbors

An additional feeding on human blood by a mosquito infected with Plasmodium falciparum, the parasite that causes malaria, can accelerate the development of the parasite and increase the potential for transmission to humans, according to new research led by Harvard T.H. Chan School of Public Health.

The study authors said the findings indicate that the potential for malaria transmission is likely higher than previously thought given that female mosquitoes naturally feed multiple times during their lifespans. And if the potential for transmission is higher, that means eliminating the disease in high-burden areas across sub-Saharan Africa could be more difficult than previously estimated, according to the study.

“We wanted to capture the fact that, in endemic regions, malaria-transmitting mosquitoes are feeding on blood roughly every 2-3 days,” co-lead author W. Robert Shaw said in a Dec. 31, 2020, press release from PLOS Pathogens, the journal that published the study. Shaw, a research scientist in the Department of Immunology and Infectious Diseases, added, “Our study shows that this natural behavior strongly promotes the transmission potential of malaria parasites, in previously unappreciated ways.”