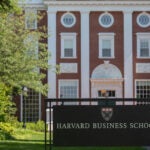 Alejandro Jimenez has won for his thesis, “Political Economy of Sovereign Debt Restructuring:Burden-Sharing, Haircuts, and the Creditor’s Outside Option.” He graduated in May from Harvard College with an A.B. in economics.

The John T. Dunlop Thesis Prize in Business and Government is awarded to graduating seniors who write the best thesis on a challenging public policy issue at the interface of business and government. The prize carries a $1,000 award.

This year’s winning thesis by Jimenez examines how the outcome of a sovereign debt restructuring reflects the relative bargaining power between creditors and debtors, and he argues that the creditor’s outside option is other financial assets and provides statistical evidence that returns on financial assets significantly predicts how creditors and debtors share the burden in a restructuring. His research concludes that trends in global asset markets determine burden-sharing between debtors and creditors in the repayment of past loans.

In explaining why the Center chose to award the John Dunlop Prize to Mr. Jimenez this year, John A. Haigh, Co-Director of M-RCBG, said that “his thesis is of significant interest to the Mossavar-Rahmani Center for Business and Government. It was ambitious and well-executed and our review committee was impressed with the sophistication of his analysis.”

Honorable mention was also awarded to Regan Brady for “When to Hold ’Em, When to Fold ’Em: Analyzing Multiple Equilibria Models of Sovereign Default.”