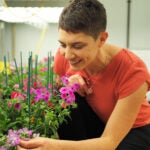 Among hospital patients in Japan, those with a history of even moderate drinking were more likely to have cancer compared to nondrinkers, according to a new study.

Researchers from Harvard T.H. Chan School of Public Health and colleagues found that consuming one daily drink (defined as six ounces of wine, 17 ounces of beer, or two ounces of whiskey) for 10 years, or two a day for five years, raised the relative risk of a variety of cancers by 5 percent compared to nondrinkers.

The study was published Dec. 9  in Cancer.

First author of the paper was Masayoshi Zaitsu, a visiting research fellow in Harvard Chan School’s Department of Social and Behavioral Sciences and a researcher at the University of Tokyo. In a Dec. 9 Newsweek article, he said that in Japan, the primary cause of death is cancer, and given the high burden “we should further encourage promoting public education about alcohol-related cancer risk.”

The study authors noted that Japanese people have a higher prevalence of genetic variations that make people slower at metabolizing alcohol, which may mean that these results are not generalizable to other populations.

But Zaitsu stressed that moderation is important for everyone, regardless of their genetic profile. “One drink a day is probably not a big problem,” he told the New York Times. “But drinking too much over long periods of time might be dangerous. We enjoy drinking, but we need to think about it.”