Millions die in pain each year without morphine 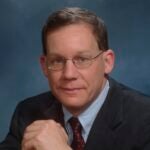 More than 25 million people around the world die every year in pain—even though off-patent morphine, which could ease their suffering, costs just pennies per dose, according to an Oct. 12, 2017 report from The Lancet.

About 2.5 million children are among those who suffer while dying each year. Another 35.5 million people have serious pain and suffering from life-threatening conditions such as cancer, HIV, and trauma. Most of those whose pain needs go unmet live in low- and middle-income countries.

The Commission recommended that morphine be made available for any patient with medical need, noting that safeguards need to be put in place so that opioids are not misused.

“Inequity in access to essential palliative care and pain relief is one of the world’s most striking injustices,” said Felicia Knaul, co-chair of The Lancet Commission on Global Access to Palliative Care and Pain Relief, in a Lancet press release. Knaul, from the University of Miami, began work on the Commission while at Harvard.