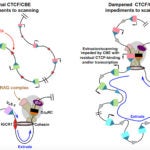 How did the institutional grant become such a normalized means of funding the arts in the United States? Michael Uy’s “Ask the Experts: How Ford, Rockefeller, and the NEA Changed American Music” (Oxford, 2020) explores this question, as well as how grants have been evaluated, by which criteria and by which experts.

Uy is the Allston Burr Resident Dean of Dunster House, assistant dean of Harvard College, and a lecturer and associate director of undergraduate studies in the Department of Music. His main areas of scholarly research focus on patronage, philanthropy, arts education, cultural policy, expertise, and connoisseurship.

From the end of the World War II through the U.S. Bicentennial, the National Endowment for the Arts, the Rockefeller Foundation, and the Ford Foundation granted close to $300 million (approximately $2.3 billion in 2017 dollars) in the field of music alone. In deciding what to fund, these three grantmaking institutions decided to “ask the experts,” adopting seemingly objective, scientific models of peer review and specialist evaluation. Among the most influential expert-consultants were Leonard Bernstein, Aaron Copland, Lukas Foss, and Milton Babbitt.

The significance was two-fold: Not only were male, Western art composers put in charge of directing large and unprecedented channels of public and private funds, but in doing so, they also determined and defined what was meant by artistic excellence.

“I’ve always been interested in how people talk about ‘good’ and ‘bad’ music,” said Uy. “Ever since I was a child I was influenced by friends who said that this artist was ‘da bomb,’ and that artist was ‘trash,’ but didn’t necessarily explain how or why. ‘Ask the Experts’ was one way of exploring how individuals took their evaluations of ‘excellent’ music to a massive funding scale, with huge impacts on what music was written, performed, and awarded.”

By asking the experts, the grantmaking institutions produced a concentrated and interconnected field of artists and musicians. Officers and directors utilized matching grants and endowments in an attempt to diversify and stabilize applicants’ sources of funding, as well as the number of applicants they funded. Such economics-based strategies, however, relied more on personal connections among the wealthy and elite, rather than local community citizens.

Has anything changed over the past few years as racial bias and white privilege have come under such scrutiny?

“I do believe that some foundations and arts funders are expanding and diversifying the kinds of music and art that they support, but there’s still plenty of room to grow,” Uy said. “In order to be more inclusive, however, they should self-reflect on whether their selection processes and systems might be exclusionary because of how they rely on restrictive definitions or understandings of expertise.”