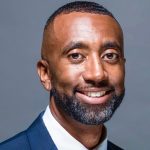 A new deputy athletic director for external operations and relations

Gender-affirming surgeries are associated with numerous positive health benefits, including lower rates of psychological distress and suicidal ideation, as well as lower rates of smoking, according to new research led by Harvard T.H. Chan School of Public Health.

“Going into this study, we certainly did believe that the gender-affirming surgeries would be protective against adverse mental health outcomes,” lead author Anthony Almazan, an M.P.H. candidate at Harvard Chan School, said in an April 28, 2021, HealthDay article. “I think we were pleasantly surprised by the strength of the magnitudes of these associations, which really are very impressive and, in our opinion, speaks to the importance of gender-affirming surgery as medically necessary treatment for transgender and gender diverse people who are seeking out this kind of affirmation.”