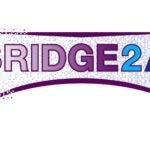 A new educational animation that debuted at the Museum of Science in Boston over the summer aims to give parents and children the chance to learn about menstruation — a topic that parents sometimes shy away from and that young people may have limited knowledge about.

The animation was produced by researchers in the lab of Shruthi Mahalingaiah, assistant professor of environmental, reproductive, and women’s health at Harvard T.H. Chan School of Public Health, and educators at the Museum of Science, supported by a grant from the Harvard Chan-NIEHS Center for Environmental Health. The collaboration, begun in late 2021, is focused on curating, creating, and conveying information about underrepresented reproductive health topics.

Project lead for the animation was Tatheer Adnan, a 2020 bioengineering graduate of Harvard University and a volunteer in the Mahalingaiah lab.

“Topics relevant to women’s health are understudied and underrepresented in spaces like the Museum of Science,” said Adnan. “When we toured the museum, we realized that there were only two exhibits specifically targeting women’s health. One was a transparent lady highlighting all of the organs in the female body, and the other was an exhibit dedicated to fetal development.”

The collaborators decided to create an exhibit aimed at explaining menstrual physiology and biology. “The idea was to offer a beginning understanding of the menstrual cycle and the endocrine system, and the hormone-based communication in the body that governs the cycle,” said Mahalingaiah. “Then, building on that foundation, we introduced concepts about how a person’s period can be impacted by personal factors such as genetics and behaviors such as sleep, physical activity, and diet. In addition, the animation discussed how environmental factors such as chemicals in air, water, food, and personal care products can impact menstruation by confusing hormonal signals in the body.”

Said Adnan, “The most exciting part of our animation is that its use of characters and a story line are specifically attempting to engage a younger audience. While there are other educational videos that explain the menstrual cycle, they do so in a manner that is dry and very textbook-like in nature.” She added, “We thought it would be great to start to increase the presence for these important subjects in a place that’s so uniquely positioned to help educate people.”

Although the animation is no longer on exhibit at the Museum of Science, the collaborators hope to eventually mount a more permanent display, and to work together on future projects on reproductive health topics, according to Ariel Scalise, research project manager.

Mahalingaiah and her team are hoping to disseminate the animation about menstruation — as well as other educational materials they create in the future — to educators across the country. She said the longer-term goal is to demystify a range of issues related to women’s reproductive health, such as endometriosis, irregular periods, and fibroids. “Understanding how your body works can help young people on so many levels,” she said.