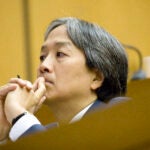 McCarthy, who served as EPA Administrator from 2013–17 under President Barack Obama and who is now director of Harvard Chan School’s Center for Health and the Global Environment, was quoted about Pruitt’s plan in several media outlets. “This is really all about continued work by this administration to undermine or roll back everything the Obama Administration did or considered,” she said on the WBUR show “Radio Boston” on April 3, 2018. She said that there is nothing about rolling back the emissions standards “that is actually going to be beneficial to public health, beneficial to our actions to address climate change, or beneficial to the industry itself.”

McCarthy was also interviewed on CNN’s “New Day” on April 6 and on MSNBC’s “Kasie DC” on April 8 regarding the leadership direction at the EPA. Speaking about current EPA chief Scott Pruitt on MSNBC, McCarthy said, “You have an administrator who isn’t focused on the mission of the agency, who is solely looking at costs to industry rather than public health and lives saved.”

Read a Huffington Post article: EPA To Gut The Only Major Federal Rule To Cut Climate Pollution From Vehicles