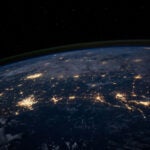 Earth Day is every day

According to Matthew Meselson, professor in Harvard’s Department of Molecular and Cellular Biology, biological warfare could erase the distinction between war and peace, with no clear line between its beginning and its end.

Meselson was a driving force behind the 1972 Biological Weapons Convention, an international ban that has prevented one of the most inhumane forms of warfare. On  April 9, he received the 2019 Future of Life Award in recognition of his service to humanity.

In the 1960s, while employed with the U.S. Arms Control and Disarmament Agency, Meselson learned that the motivation for developing biological weapons like anthrax was that they were cheaper than nuclear weapons. Yet their consequences can be greater than mass destruction, and fundamentally alter humankind.

Struck by the illogic of making weapons of mass destruction cheap — and stunned to see scientific research perverted in this way — Meselson threw himself into efforts to protect both human life and the very definition of humanity.

Former U.N. Secretary-General Ban Ki-moon said, “Thanks in significant part to Professor Matthew Meselson’s tireless work, the world came together and banned biological weapons, ensuring that the ever more powerful science of biology helps rather than harms humankind. For this, he deserves humanity’s profound gratitude.”