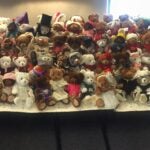 Mahzarin R. Banaji, Richard Clarke Cabot Professor of Social Ethics and Chair of the Department of Psychology, was named a recipient of the Association for Psychological Science’s (APS’s) William James Fellow Award for lifetime contributions to the basic science of psychology. The award was made in 2016 and Banaji will accept it at APS’ 2017 annual meeting.

Professor Banaji studies implicit cognition as it emerges in social group contexts. Her research centers on social attitudes and beliefs in adults and children. Using a variety of methods she explores the implications of her research for questions of individual responsibility and social justice in democratic societies. Her current research focuses on the origins of social cognition and applications of implicit cognition to improve organizational practices.

Banaji has received a James McKeen Cattell Award, the Morton Deutsch Award for Social Justice, a Citation from the President of the American Psychological Association, and the Diener Award for Outstanding Contributions to Social Psychology.  She has received fellowships from the John Simon Guggenheim Foundation, the Radcliffe Institute for Advanced Study and the Santa Fe Institute.  She was named Herbert Simon Fellow of the Association for Political and Social Science and elected to the American Academy of Arts and Sciences. Banaji has received a Medal of Distinction from Barnard College and honorary degrees from Smith College, Colgate University and the University of Helsinki.

In recognition of this achievement, a symposium at the 2017 APS Annual Convention will be held in her honor.