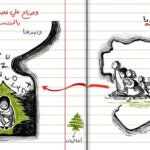 The Mossavar-Rahmani Center for Business & Government (M-RCBG) at Harvard Kennedy School is pleased to announce the appointment of Dan Murphy as M-RCBG’s new executive director.

Murphy joins the Center from Harvard’s Fairbank Center and China Fund where he has served as executive director since 2017 and worked to enhance the study of China at Harvard and Harvard’s engagement with Greater China.

He will be joining M-RCBG at a time when there are so many critical issues at nexus of business and government. His experience at the Harvard’s Fairbank Center and China Fund will be invaluable in his role at M-RCBG and his background and knowledge of China and Asia will help the Center’s future efforts regarding the changing global economy and China’s role.

Before coming to Harvard, Murphy served as the inaugural program director for Yale Center Beijing. From 2008-2014 he was at the National Committee on U.S. — China Relations. At the National Committee, he grew the Public Intellectuals Program, which connects America’s next generation of leading China scholars with policymakers and the media. He also led delegations of senior American Congressional staff on study visits to China, directed a range of other programming, and led successful grant initiatives that were funded by the State Department and private foundations.

Murphy pursued graduate studies at the Johns Hopkins University-Nanjing University Center for Chinese and American Studies, where he studied politics. He also holds an M.A. in Chinese Studies from the University of Massachusetts, Amherst and a B.A. in English and Chinese Language and Literature from Connecticut College. In 2001, Murphy was a Thomas J. Watson Fellow. He speaks fluent Mandarin.