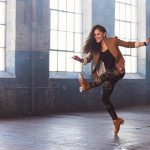 The amount of tobacco a person with non-small cell lung cancer (NSCLC) consumes is associated with the type and amount of genetic mutations found in their tumors, according to new research led by Harvard T.H. Chan School of Public Health. NSCLC is a heterogeneous cancer associated with several so-called driver mutations, such as KRAS and EGFR.

The study examined data from 931 patients treated for NSCLC between 2013 and 2020. Researchers determined that heavy smokers more frequently had KRASG12C mutations and less frequently had EGFRdel19 and EGFRL858R mutations. Those who smoked less were more likely to have EGFRL858R mutations. Moreover, in advanced lung adenocarcinoma, heavy smokers had an increased tumor mutation burden (TMB) while people who had more smoke-free months had a decreased tumor mutation burden.

The authors noted that the findings indicate that a person’s smoking history could be a useful and easily obtainable proxy for TMB and possibly help inform treatment decisions, especially with regard to the use of immune checkpoint inhibitors, a class of drug used to treat some forms of lung cancer.