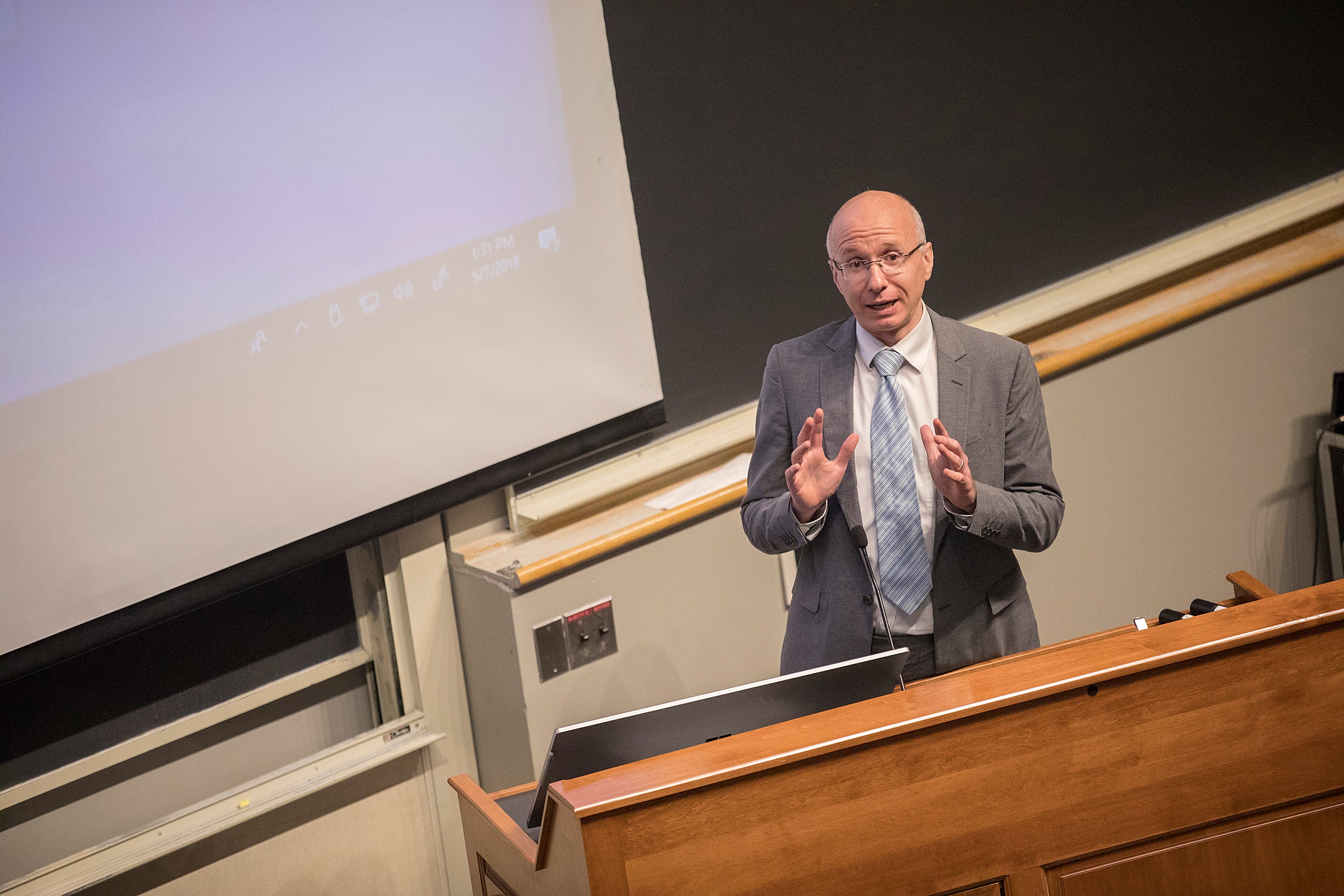 How to talk to a climate skeptic

At a particularly polarizing time when it is challenging to compromise and negotiate, Jeffrey Sánchez, former Massachusetts State House Representative and Harvard alumnus, reminds us that “change doesn’t happen in a vacuum.”

On Friday, Feb. 15, Dr. Robert Blendon, senior associate dean for policy translation and leadership development, had the unique opportunity to interview his former student, Jeffrey Sánchez, in the Leadership Studio. Sánchez shared his experiences as a leader in Massachusetts and a young man of Puerto Rican heritage growing up in the Mission Hill neighborhood.

Sánchez is a current Harvard University Menschel Senior Leadership Fellow. He graduated with a masters in public administration from the Harvard Kennedy School in 2011. While he has fond memories of his time as a student at Harvard and left with lifelong relationships, Sánchez’s impressions of the University were not always positive. He recalls how it felt to grow up next door to one of the most elite institutions in the United States: “We used to want to go play in that quad where the grass was really green, because the parks were all messed up over here in Mission Main. [W]e were living in a place that folks wanted to shut down. So let’s just say the grass over here was really greener.”

For Sánchez, the train tracks that separate the University from Mission Main, a Boston Housing Authority property that had been repeatedly ignored, symbolize a distinct barrier between Harvard and the greater community in which it is located — a relationship that has been historically tenuous. Growing up in the Mission Main housing development, Sánchez directly witnessed the impact that one person’s voice can have, especially when compounded with the voices of others.

Sánchez grew up among activists. His mother, along with other women living in his neighborhood, fought to make the Mission Main housing development and its residents a priority for local legislators. It was his mother’s health advocacy that brought Sánchez and his family from Washington Heights in New York City to Boston to seek treatment at Children’s Hospital. Sánchez’s sister was sick and his mother was in search of better healthcare. They quickly found that “[the] hospital … wasn’t taking kids in the emergency room. … They were doing everything through outpatient visit at the time. And being Puerto Rican, being Hispanic and being black from the south, even though we lived across the street, a lot of the folks we grew up with were receiving health care over at City Hospital.”

Seeing the power of advocacy through his mother, who grew up on a tobacco farm in Puerto Rico, left a lasting impression on Sánchez. Advocacy taught him how people from historically oppressed backgrounds continue to be deprived of basic human needs, despite living in close proximity to communities of overwhelming wealth.

Sánchez spent 16 years representing Brookline, Mission Hill, and Jamaica Plain in the Massachusetts House of Representatives and most recently served as chairman of the House Ways and Means Committee from 2017–2018. In that time, he celebrated several victories, including criminal justice reform, universal health coverage, and gun control legislation. Sánchez attributes his success primarily to meeting and listening to people. Whether it was his colleagues or constituents, he felt it was important to “follow people where they’re at. It’s the way to find out who they are.”