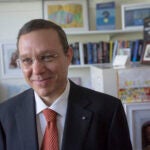 “Our purpose is to educate the court about some of the issues that might not be covered in the main briefs,” Bell said. In particular, he said, the current Environmental Protection Agency is reversing its own positions on the urgency of climate change.

“In 2009, they released a document saying that greenhouse gases are a harmful pollutant that must be restricted under the Clean Air Act, and that climate change is a threat to human health and welfare. So, once you’ve said that 10 years ago, how do you say that it isn’t a threat now?” said Bell. “What our brief is saying is that there’s no way to escape that trap. If the EPA’s plan is to do nothing, they at least have to explain why doing nothing is a rational policy choice, given the impacts that are likely to occur.”

Bell’s work is one of the many examples of how students, faculty and staff in the clinic are busy pushing back against the current administration’s attempts to undo environmental regulations approved under former President Barack Obama ’91.

“Our work is crucial and overwhelmingly resource-draining. Every day we awake to a new attack on public health and the environment,” said Clinical Professor Wendy Jacobs J.D. ’81, who directs the clinic. Deputy Director and Lecturer on Law Shaun Goho J.D. ’01 added: “Since the earliest days of the Trump administration, the EPA started rolling back environmental rules that were put in place during the Obama era. That’s been a large part of our work ever since.”

The clinic has devoted significant effort to advocating on behalf of scientists and public health experts whose work has been undermined and stifled by the Trump administration’s EPA, Goho says. Whenever a new regulation is proposed, there is an opportunity for public comment.