Kicking out the jams at the coffeehouse 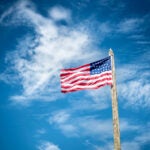 The William James Hall Coffeehouse is a semiannual event, sponsored by WJH Building Operations, and the departments of Psychology, Sociology, and Social Studies. Now in its 12th year, it provides an opportunity for staff, students, and faculty to showcase their talents.

Building manager Bill Santoro created the event in 2007 at the request of several staff and students within the building, all musicians who wanted to share their music with their friends and colleagues.

In addition to managing William James Hall, Santoro is also a professional musician. He and his lifelong music business partner, Michael Higgins, under pseudonyms Willie T and Doctor X, bring their sound system and mics for the performers.

The duo emcee and open up the show with a short set of original songs and introduce performers for the open mic segment. The open mic is followed by a featured guest artist from the local music community, who performs an extended set.

The WJH Coffeehouse was originally self-funded by vending commissions, but when these revenue sources began to dwindle, it was in danger of becoming extinct. Mahzarin Banaji, Psychology Department faculty chair and an avid fan of the event, was determined that it must continue. She stepped in and offered funding and worked with the Sociology and Social Studies departments to chip in to make the Coffeehouse financially viable.

This year’s spring Coffeehouse will feature:

The event will be hosted in the William James Hall Library on Wednesday, May 8, from 4 to 6 p.m. Refreshments will be served. The event is free and open to the public.