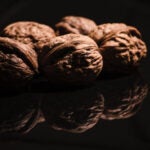 The Dan David Prize announced on Monday seven recipients of the award for 2021, including the Samuel Zemurray Jr. and Doris Zemurray Stone Radcliffe Professor Emerita of the History of Science Katharine “Katy” Park. This year’s recipients also feature director of the National Institute of Allergy and Infectious Diseases Anthony Fauci and fellow distinguished health and medical scholars and researchers, reflecting the global focus on the coronavirus crisis and the immense efforts the scientific community continues to undertake for the betterment of global health.

The internationally renowned prize, headquartered at Tel Aviv University, annually honors outstanding contributions of globally inspiring individuals and organizations that expand knowledge of the past, enrich society in the present and promise to improve the future.

It awards three gifts of $1 million shared among the winners of each category. The total purse of $3 million makes the Dan David Prize one of the highest-valued awards internationally.

Ariel David, director of the Dan David Foundation and son of the prize founder, said this year’s laureates “have probed how humanity has dealt with sickness and pandemics throughout history; they have provided relief, guidance and leadership in dealing with current outbreaks — from AIDS to Ebola and the novel coronavirus — and they are at the forefront of discovering new treatments that give us hope for the future in the ongoing battle against cancer and other diseases.”

The seven laureates will be honored at the 2021 Dan David Prize Award Ceremony to be held online in May.