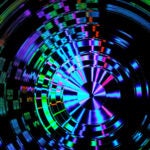 “Everything we do at the GSD,” Dean Sarah Whiting said, “is affected by or affects cities.”

On April 22, the Harvard Graduate School of Design hosted the concluding event of the 2022 Just City Mayoral Fellowship, a collaboration between the Mayors Institute on City Design (MICD) and the Harvard GSD’s Just City Lab, supported by the National Endowment for the Arts (NEA). The event brought seven mayors together for a discussion on how design and planning interventions can promote racial and infrastructural justice.

In her opening remarks, Maria Rosario Jackson, the chair of the NEA and the first urban planner to hold the role, said: “It’s in this kind of forum that one can see the critically important role that arts, culture, creativity, and design have in advancing healthy communities and cities.”

Trinity Simons, the executive director of the MICD, shared the MICD’s ambition to “equip mayors to be the chief urban designers of their cities.” She said that following George Floyd’s murder in 2020, “We saw mayors asking: ‘What does it mean to achieve racial justice in the built environment?’” To address this, Simons reached out to Toni L. Griffin, the founder of the Just City Lab and a professor in practice of urban planning at the GSD. Now in its second year, the fellowship involves an 11-week curriculum of “readings, lectures, and open and honest discussion.” Mayors also proposed projects for their city, with design and development professionals performing “design jury duty” to share their expertise and feedback.