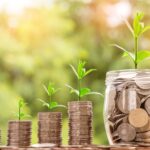 Juan Manuel Santos, the former president of the Republic of Colombia and Nobel laureate, will deliver the graduation address to the Harvard Kennedy School Class of 2019, Dean Douglas Elmendorf announced today.

Santos served as president of the Republic of Colombia from 2010 to 2018. While president, he reached agreement with FARC, a guerilla army, to end more than 50 years of fighting. The accord has seen some 10,000 fighters disarm and begin to enter civilian life. Santos received the Nobel Peace Prize in 2016 for his efforts to end Colombia’s long civil war. In addition, unemployment, poverty, income inequality, and the murder rate all declined during Santos’ term as president. His government is also credited with tripling the road network and designating large areas of land as environmentally protected.

“President Santos is a distinguished public servant who has made an important positive difference in the lives of millions of Colombians,” said Elmendorf. “We are honored to welcome him back to the Kennedy School, from which he received a Mid-Career Master in Public Administration degree in 1981.”

Santos was a cadet at the Naval Academy of Cartagena before coming the United States to study at the University of Kansas, where he earned a B.A. in economics and business. He is also a graduate of the London School of Economics, where he studied economics, economic development, and public administration. He earned a master’s degree from Harvard Kennedy School before returning to Colombia to work as an editor at El Tiempo, one of the largest daily newspapers in Colombia. His reporting earned him a number of accolades, including the King of Spain prize for journalism.

Santos was a Nieman Fellow at Harvard in 1988 and is the author of several books, including “The Third Way,” which he co-authored with former British Prime Minister Tony Blair, and “Check on Terror (Jaque al Terror)”, an account of the actions taken against the FARC guerrillas during his tenure as minister of national defense in Colombia. Santos also served as Colombia’s foreign trade minister and finance minister.

Santos is currently the Angelopoulos Global Public Leaders Fellow at Harvard Kennedy School, where he is sharing the lessons he learned as president and working on issues related to peace and reconciliation, poverty, human rights, and the environment.

The graduation address will be delivered at 2 p.m. on May 29 at Harvard Kennedy School. It will be live-streamed on the School’s website. 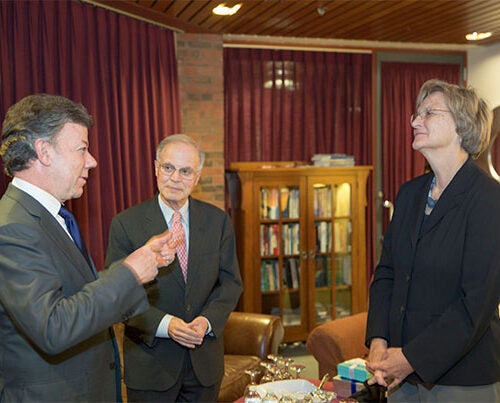 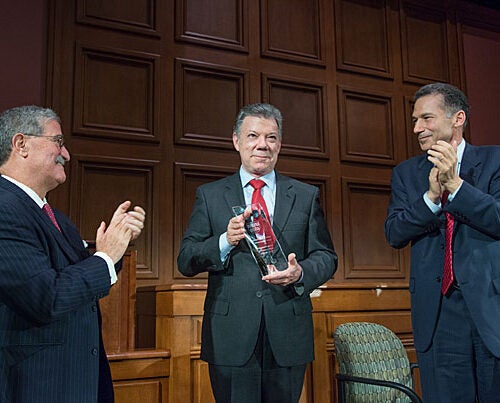 At Law School, Colombian president shares lessons on the line between peace and justice 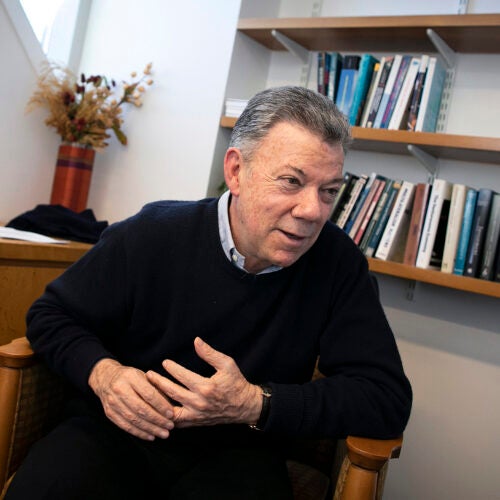 Juan Manuel Santos, who won the Nobel for stabilizing Colombia, is back at Harvard to share what he learned