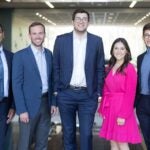 The award celebrates Sanes’ numerous accomplishments in the fields of molecular and cellular biology, his groundbreaking research in understanding brain disorders, and in appreciation of his longstanding relationship with the Hebrew University of Jerusalem. This includes the creation of the Brainbow mouse, which yields high-quality, vivid images of brain activity and establishing and contributing to the academic success of the Edmond and Lily Safra Center for Brain Sciences in Jerusalem.

“Aside from the personal gratification of receiving this great honor, I’m pleased by the spotlight it shines on the importance of understanding how the brain works,” Sanes said. “Brain science is in a phase of incredible growth, beginning to find ways to treat currently incurable, devastating neurological and psychiatric disorders.”

Sanes, the Jeff C. Tarr Professor of Molecular and Cellular Biology, is the founding director of the Harvard University Center for Brain Science. His groundbreaking research has transformed the understanding of how nerve cells connect with each other to generate wiring diagrams in the brain.

Sanes has co-authored hundreds of published papers involving the study of synapses from molecular and developmental perspectives. Awards he’s won include the Gruber Foundation Neuroscience Prize, the Perl-UNC Neuroscience Prize, and the McGovern Institute for Brain Research’s Edward M. Scolnick Prize in Neuroscience.

Sanes earned a doctorate in neurobiology from Harvard in 1976. He spent 25 years at Washington University in St. Louis before returning to Harvard in 2004.