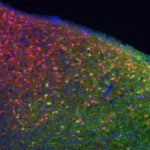 John Palfrey ’94, J.D. ’01, a respected educator, author, legal scholar, and innovator with expertise in how new media is changing learning, education, and other institutions, will serve as the sixth president of the John D. and Catherine T. MacArthur Foundation, effective Sept. 1, MacArthur Board Chairman Dan Huttenlocher announced March 5. Since 2012, Palfrey has served as head of school for Phillips Academy Andover.

Before coming to Phillips Academy, Palfrey served as the Henry N. Ess III Professor of Law and vice dean for Library and Information Resources at Harvard Law School. In that role, he expanded the library’s reach and services, finding innovative ways to use digital technologies to enhance the school’s scholarship and teaching.

Palfrey, who also served as faculty co-director of the Berkman Klein Center for Internet & Society at Harvard, is the author or co-author of nine books, most focused on new media and learning, including “Safe Spaces, Brave Spaces: Diversity and Free Expression in Education.” “Born Digital: How Children Grow Up in a Digital Age,” and “BiblioTech: Why Libraries Matter More Than Ever in the Age of Google.”

“I am honored to lead the MacArthur Foundation during such a critical time, when challenges facing people and our planet can seem insurmountable, but the tools of social change are evolving to be even more powerful,” said Palfrey. “I am an optimist, who believes that creativity, rigor, and selective disruption can make outsized social impact possible. I look forward to working with MacArthur’s talented and dedicated Board, staff, and grantees in Chicago, across the nation, and around the world.”

In the nonprofit sector, Palfrey was executive director of the Berkman Center from 2002 to 2008, when it received MacArthur support. The organization seeks to explore and understand cyberspace. He was the founding board chair of the Digital Public Library of America, which leverages technology to help ensure that knowledge and information are broadly accessible to all for free. And he served as board chair at LRNG, a nonprofit launched and supported by MacArthur, which aims to help close the equity gap by transforming how young people access and experience learning and connect to the world of work.

Since 2014, Palfrey has been board chairman at the John S. and James L. Knight Foundation, which seeks to foster informed and engaged communities with a deep focus on transforming journalism in the digital age. Knight has assets of approximately $2.5 billion and pays out approximately $125 million in grants annually. He joined the Knight Board in 2011.  He served as a judge for the inaugural round of MacArthur’s 100&Change competition, as a member of the confidential MacArthur Fellows Selection Committee, and as a member of the foundation’s Science Advisory Committee.

Palfrey, 46, is married to Catherine Carter, who teaches at a public elementary school in Cambridge. They have two children and a golden retriever. The family will move to Chicago this summer.

Additional information is available at www.macfound.org.