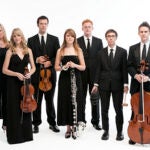 Holdren will join Dan Schrag in co-directing the Program on Science, Technology, and Public Policy at the Belfer Center for Science and International Affairs at HKS. He also was a professor in Harvard’s Department of Earth and Planetary Sciences and Director of the independent, nonprofit Woods Hole Research Center before joining the Obama administration.