Jazz artist Dena DeRose to be in residence at Harvard University 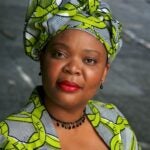 Women as catalysts for peace

Cambridge, Mass.—Dena DeRose, “the most creative and compelling singer-pianist since Shirley Horn” (Joel Siegel, Washington City Paper), will be in residence at Harvard University Oct. 31–Nov. 5, 2016, sponsored by the Office for the Arts at Harvard’s Learning From Performers program and Harvard Jazz Bands (Yosvany Terry and Mark Olson, conductors). In addition to working and rehearsing with the Harvard Jazz Bands, DeRose will visit classes and participate in two events open to the public:

Dena DeRose has accumulated an impressive list of performance credits at clubs and in concert halls in the U.S. and abroad, and performed and recorded with such greats as Ray Brown, Clark Terry, Marian McPartland, Benny Golson, John Scofield, Phil Woods, Rufus Reid and and many others. As a recording artist, she has 11 CDs as a leader to her credit, all of which have received superior accolades: Cadence Magazine gave DeRose both its Album of the Year and Best Vocal Jazz Album awards for her Sharp Nine releases “Another World” and “I Can See Clearly Now”; “A Walk In The Park,” on the MaxJazz label, received three Grammy Award nominations; and “Live at Jazz Standard, Volumes 1 & 2” also garnered Grammy nods.