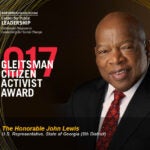 Jason Furman has been named Professor of the Practice of Economic Policy at Harvard Kennedy School (HKS), it was announced today by HKS Dean Douglas Elmendorf.

Furman served as chairman of the White House Council of Economic Advisers (CEA) from 2013 to 2017. At the time of his appointment, President Obama called Furman “one of the most brilliant economic minds of his generation.” Prior to his appointment to CEA, Furman served as Deputy Director of the National Economic Council and Assistant to the President. His research and policy interests macroeconomic policy, labor markets, taxes, technology, and health policy.

“Jason Furman is one of the nation’s leading policy economists, and he has played a key role in developing and analyzing economic policy in many areas for the past two decades,” said Elmendorf. “We are excited that he will be joining our faculty, working with other professors and students, and helping shape the Kennedy School’s teaching, research, and engagement with practitioners regarding economic policy.”

Furman will be affiliated with the school’s Mossavar-Rahmani Center for Business and Government, which is directed by Lawrence H. Summers, Charles W. Eliot University Professor and former director of the National Economic Council, and co-directed by John Haigh, the school’s executive dean.