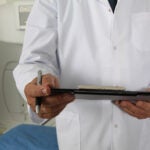 Legislation improves access to treatment for opioid use disorders

On Dec. 5, faculty, students, and staff gathered to celebrate the awardees of this year’s Tazuko Ajiro Monane and Noma-Reischauer Prizes. Co-sponsored by the Japanese Language Program and the Edwin O. Reischauer Institute of Japanese Studies, the event also included an appearance by newly designated Boston’s Consul General of Japan, Setsuo Ohmori.

The Tazuko Ajiro Monane Prize recognizes undergraduates who have demonstrated both past achievements and a strong potential for future contributions to the study of Japan. Currently a senior concentrating in psychology, awardee Devon Gunter ’20 is also a fifth-year Japanese student. His acceptance speech, delivered in both Japanese and English, expressed deep gratitude to his past and present teachers.

He initially took the class “on a whim,” but it quickly became more of a priority. With support from the Reischauer Institute, Gunter pursued multiple summers in Japan, including an internship at the Kahoku Shimpō Disaster and Education Department last summer, where he interviewed survivors of the 2011 East Japan earthquake and tsunami.

“[Gunter is] a role model for all Japanese students, demonstrating what one can achieve in four years,” said Ikue Shingu, preceptor in Japanese.

The recipient of the Noma-Reischauer Prize is Feng-en Tu, Ph.D. ’19. Tu was recognized for his paper “The Island of Fragrance and the Making of the Modern Smell.” Closely related to his doctoral dissertation, the paper explores the history of camphor in colonial Taiwan, its role in Japan’s Imperial strategies, and the rise of the modern chemical industry. Tu is currently a post-doctoral fellow at the Harvard-Yenching Library, where he works on East Asian digital humanities for the Manchukuo Collection.