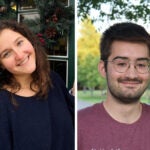 A new vaccine for malaria developed by scientists at the University of Oxford was up to 80 percent effective at preventing disease in young children, according to trial results published in early September. Dyann Wirth, Richard Pearson Strong Professor of Infectious Diseases, offers some thoughts on the new vaccine and its potential impact.

Q: Media reports have suggested that the new vaccine could be “world-changing.” As someone who has studied malaria for years, do you have a similar level of excitement?

A: Whether it will be world-changing, we’ll have to wait and see, because so far there has only been early testing of its efficacy.

This new vaccine, called R21, is potentially an improved version of another vaccine, called RTS,S, which the World Health Organization approved last October for broad use in regions with significant malaria transmission. For R21, the study showed that three initial doses of the vaccine, followed by a booster a year later, was up to 80 percent effective at preventing infection.

We need to evaluate R21 under more real-world settings, including the Phase 3 clinical trial. I’m optimistic about the new vaccine, but I also recognize that early data is often more promising than when things are actually used in practice.

Q: How important is it to have this new, hopefully effective vaccine?

A: The overall worldwide demand for this vaccine could be up to or over 100 million doses per year. As we now know from the experience with the coronavirus, having more than one source of vaccine is crucial to withstand potential disruptions in supply chains, problems with quality control, or other issues.

After the WHO recommended the broad use of RTS,S last October, I think it caused a paradigm shift. There’s now significant new effort in developing malaria vaccines.

In addition to vaccines, the other two main approaches we have for fighting malaria are vector control — essentially preventing the mosquito from biting the human, either by killing the mosquito or by using bed nets treated with insecticide — and diagnosis and treatment with antimalarial drugs. However, drug resistance is a problem.

There’s an enormous need for new approaches to fight malaria. With these microorganisms that are struggling for survival, such as the malaria parasite, I think we need to be less naïve about thinking there’s going to be a magic bullet. We will continue to need other tools and additional vaccines.

Q: One expert was quoted in the press as saying that the development of the new vaccine suggests that it may be possible to end child deaths from malaria in our lifetimes. What do you think?

A: I hope that’s true. This is a preventable, treatable disease. No child should die of this.

A vaccine could have an impact if it’s used cleverly, by vaccinating or boosting right before the rainy season to get the maximum effect, while also using the other tools in our armamentarium. I’m very excited about the potential that by using a multi-pronged strategy we could have a dramatic impact.