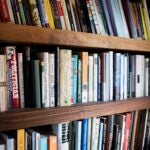 When Harvard announced that the remainder of the Spring 2020 semester would be completed online, educators were pressed to alter their carefully-crafted curricula for the digital sphere. For Arvid Bell, lecturer on government at the Faculty of Arts and Sciences, virtual lectures ​in lieu ​of in-person meetings was not a viable option. His course on “Post-Soviet Conflict” is not for the passive learner in the back row of the auditorium. Three Saturdays during the semester, students in Bell’s course come prepared to Harvard’s campus ready to negotiate complex conflicts in the Eurasian sphere through immersive simulations. Yet, the question remains, can a virtual simulation offer a meaningful learning experience for students?

Invigorated by the challenge, Bell and his team at the Negotiation Task Force (NTF) of Harvard’s Davis Center for Russian and Eurasian Studies reconstructed the course’s capstone exercise so it may be run remotely in a virtual universe that features digital delegation headquarters, shared work spaces, a negotiation plenary room, as well as sidebar meetings. To add to the complexity of this case, students from the course faced external participants in their negotiations who submitted applications to take part in the virtual event. These additional negotiators came from around the world and many already had work and research experience under their belts relating to international conflict to give the Harvard students a formidable challenge for their capstone assignment.

Adapting a physical simulation for the virtual sphere is no small feat. Each negotiator in the “Post-Soviet Conflict” course for an in-person simulation receives a packet of materials in advance, including general briefing instructions as well as unique negotiator background information and a flurry of strategy memos. The teaching team was tasked with organizing and disseminating over a hundred unique documents in a digital format to the 32 negotiators for the capstone exercise titled “The Future of Georgia,” which challenges negotiators to assume the roles of international actors, including the U.S. and Russia, to agree on a political future for this post-Soviet country.

A strength of in-person simulations is that students are free to leave the negotiating table and conduct unstructured one-on-one talks away from the delegations they represent during the full-day exercise. While Zoom has “breakout room” capabilities, which allow instructors to place students in private virtual spaces, this format does not give students the freedom to move around the virtual simulation universe at will. Instead of one Zoom room for all participants, the Negotiation Task Force team set up 13 Zoom rooms to mirror the physical space in digital form.

On a Saturday morning, 32 participants convened on Zoom. After a brief introduction and role call, negotiators left the main lecture room to conduct private internal talks with their delegations in their virtual “headquarters.” Despite coordinated efforts and passionate pleas, these negotiators were ultimately not able to come to a consensus about Georgia’s political fate at the final bell.

In “real life,” negotiations are complex affairs that do not take any one format. With strategic planning and the coordination of a team, it is possible to carry out a complex and meaningful simulation in the digital sphere. And in times when even heads of states convene online for crisis negotiation meetings, preparing learners to become more effective conflict managers in the virtual world is more important than ever.