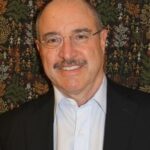 The IOP’s newest poll results – its 31st major poll release since 2000 – also show that a majority of 18- to 29-year-olds are fearful about the future of America. When asked about the future of the country, 51 percent of young Americans feel “fearful” and 20 percent feel “hopeful.” A detailed report on the poll’s findings is available online.

“Young voters are fearful about the future of America, and that is moving them to action. I am hopeful that the next president and leaders in Congress will empower and engage them after the election to move our country forward,” said Harvard Institute of Politics polling director John Della Volpe.

The goal of the project was to collect 2,000 completed interviews with young Americans between 18- and 29-years old.  The main sample data collection took place from Oct. 7–17. A small pretest was conducted prior to the main survey to examine the accuracy of the data and the length of the interview.