Inspiring a new generation of coders 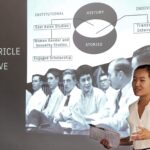 A three-hour session on coding during summer break might not initially sound appealing to an elementary school crowd, but throw some robots into the mix and these local students could not have been happier.

Entering the class, one is bombarded by the beeping, drawing and lighting up of robots on the move. The kids, each with a tablet in hand, were trying their hands at programing with a robot named Root, designed by the Wyss Institute at Harvard University and made for the purpose of introducing young learners to thinking and problem-solving like a coder.

Root had previously been introduced to select users in beta testing, but recently came to a free program offered at the Harvard Ed Portal where it was introduced to a larger group of users aged 8 to 12. “Root is designed to be easy to pick up and very intuitive,” said Irina Uk, the Learning and Design Lead for Root.

According to a 2016 report released by Google on Computer Science trends in the U.S., just 40 percent of K-12 schools in the U.S. offer coding classes and even then, the subject is often not introduced as an option until high school.

Many of the children in the class had little to no experience in coding before the session, but towards the end some were working on coding their own games.

Eleven-year-old Rodrigo Hernandez de Sant’ Ana was able to describe the game he was making. “I coded Root to tell me how you feel. Depending on where you press on Root he will move to the happy, okay, or sad square.” In hopes of someday being a writer, Hernandez de Sant’ Ana later related, “In a way, coding is like writing. You already have all the words. You just have to make it.”

With the hands-off approach to learning code, students had the freedom to be creative and bounce ideas off of each other through collaboratively troubleshooting, passing code, and teaching each other as they explored the various tutorials and challenges Root presented.

Uk said she was happy to contribute to a place where “kids get to explore subjects they normally wouldn’t have interacted with otherwise,” and hoped to continue collaborating on programs at the Ed Portal.