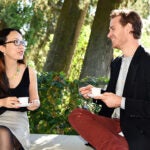 Visits to hospital emergency departments (EDs) not only jumped by 40% in Oregon after Medicaid coverage was expanded there in 2008—but the increase persisted for at least two years, according to a new study led by health economists at Harvard T.H. Chan School of Public Health and the Massachusetts Institute of Technology.

The study also found no evidence that the newly insured are more likely to substitute doctor’s office visits for trips to the ED; rather, it found that Medicaid makes it more likely that individuals will use both types of care.

The study will appear in the Oct. 20, 2016 issue of the New England Journal of Medicine.

“Our finding that Medicaid increased ED visits generated a lot of debate about whether this might just be a temporary spike; now we know that the increase in ED visits persisted for at least the first two years of Medicaid coverage,” said Amy Finkelstein, the John and Jennie S. MacDonald professor of economics and co-Scientific Director of J-PAL North America at MIT, who led the study with Katherine Baicker, C. Boyden Gray Professor of Health Economics at Harvard Chan School.

The researchers examined new evidence from the Oregon Health Insurance Experiment, a unique, randomized controlled evaluation of the effects of Medicaid expansion. Oregon’s lottery provided an unprecedented opportunity to separate out the effects of Medicaid from confounding factors to assess the impact of coverage on a wide range of outcomes, from health care use to financial security to mental and physical health.