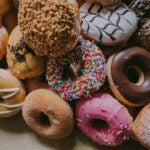 American Repertory Theater (A.R.T.) at Harvard University announces today that it will join Company One Theatre (C1) to present a reimagined digital version of C1’s critically acclaimed, Elliot Norton Award-winning production of “Hype Man: a break beat play” by Idris Goodwin. The story of friendship, hip-hop, and protest will be filmed this winter by The Loop Lab.

The production will stream as part of A.R.T.’s Virtually OBERON series in Spring 2021. Tickets will go on sale in February at AmericanRepertoryTheater.org/HypeMan.

The new intimate and cinematic version of the world-premiere production directed by Shawn LaCount will be film-directed by John ADEkoje, who received the 2006 Roxbury Film Festival Award for emerging local filmmaker, and incorporate animation by Barrington S. Edwards.