How to solve the ‘doubling counting’ problem 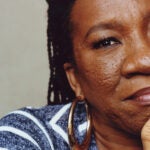 With negotiators from more than 100 countries preparing to gather in Santiago, Chile, for the 25th annual international climate conference (COP25, for Conference of the Parties) in December, attention is focusing on how to build consensus for the accurate accounting of emission reductions.

So-called “double counting,” which occurs when two or more parties claim credit for the same emission reductions, could undermine the integrity of the historic Paris Agreement by threatening the efficacy of cooperative action and carbon markets. In a paper published today in the journal Science, 10 climate change policy scholars outline a strategy that could solve the dilemma and maintain current international momentum toward tackling global climate change.

“Double counting and the Paris Agreement rulebook” is co-authored by Robert Stavins, the A.J. Meyer Professor of Energy and Economic Development and director of the Harvard Environmental Economics Program at Harvard Kennedy School.

The Paris Agreement, signed by more than 190 countries in 2016, committed those nations to reducing their greenhouse gas emissions (GHGs) over time, but left great latitude for doing so. And no firm rules were established for full and accurate accounting of emission reductions through mechanisms that allow nations to effectively trade their reduction obligations with other nations.

Addressing double-counting is essential, the authors write, “because nearly half of the parties to the Paris Agreement have signaled their intent to use carbon markets, many of them as sellers of emission reductions.” If the problem is not adequately resolved, “actual GHG emissions could end up being greater than the aggregated achievement that the countries (or private sector entities) participating in the carbon market report.”

Stavins and his co-authors admit that the issue is politically challenging, “because countries have different interests and hence different interpretations of what the requirements of the Paris Agreement mean. It is also technically challenging because countries communicated rather diverse mitigation pledges under the Paris Agreement, which makes accounting complex.”

Reaching consensus on the matter won’t be easy, the authors admit, but they argue it is critical to provide clarity for carbon markets which could play a significant role in reducing GHGs enough to meet the goal of keeping global temperature rise within 2°C or lower compared with pre-industrial levels.