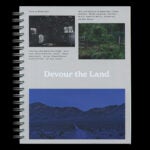 The honor recognizes both Herzog’s research and teaching career which has spanned nearly three decades. Herzog, who began her professional life as a litigator, describes herself as a lifelong learner, combining her passions through the study of the law, history, and anthropological research. She has a master’s in Latin American studies from Hebrew University and a Ph.D. from the School for Advanced Studies in the Social Sciences in Paris.

“I don’t have a theme or place or period that I constantly return to,” Herzog said. “What I do is look at important questions like citizenship, the right to land, territorial conflicts, criminal justice … And I try to look at them differently.”

The Alexander von Humboldt Foundation, based in Germany and named for the 18th-century German nature researcher and explorer, awards up to 100 researchers annually with a €60,000 grant and the opportunity to conduct a research project in conjunction with German scholars. Winners are chosen based on their research accomplishments including notable publications and demonstrable impacts of their work.

In addition to her work with Latin American history, Herzog has studied Atlantic, modern European, and legal histories. She has authored seven books and more than 120 articles and book chapters in several languages. Her work has been published across the globe.

She has also taught hundreds of students, at universities both in the United States and abroad. At Harvard since 2013, she has taught courses in Latin American history and Legal History in Europe and the U.S.

“I’m really intrigued by the question of how to both create commonalities but also preserve distinctions,” she said.