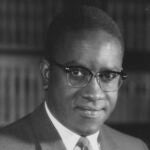 Energy fuels innovation and Harvard’s growing innovation corridor in Allston is going to need an energy system as advanced as the cutting-edge research being conducted up and down Western Avenue. To meet this challenge, the University has designed a lower-carbon, climate resistant, and highly efficient district energy facility (DEF) that’s beginning to take shape behind the rising steel of the new Science and Engineering Complex (SEC).

The 58,000 square foot facility will provide a reliable source of heating, cooling, and electricity to support Harvard’s academic and research activities being planned for Allston. Because they act as an in-house utility dedicated to serving campus buildings, facilities of this type also have an outsized impact on a campus’s greenhouse gas emissions footprint.

How they are designed matters.

A noteworthy element of the new DEF will be a 1.3-million-gallon tank for storing chilled water that will be used to cool buildings with some limited other applications to support research. The tank is analogous to an enormous battery because the chilled water will be produced and stored during off-peak hours, typically nights and weekends, when electricity is cheaper and less-polluting. It can then be used during the daytime when needed, lowering the burden on the power grid during peak times. With a total capacity equivalent to 9 megawatt hours the thermal storage tank is believed to be the largest such system in Massachusetts.

A climate resiliency pilot study of the Allston campus performed by Harvard’s planning department identified that future flooding would pose a significant risk for the basement location of the energy facility that was included in the original design of the SEC. In response, Harvard re-located the DEF to an alternative above-grade location that will improve resiliency and reliability (the building is raised above projected flood levels and does not contain a basement).

The Allston DEF is also being built with the future in mind. It has been designed to be as flexible as possible so emerging technologies can be incorporated over time as the University works towards its climate action goals to be fossil fuel-free by 2050 and fossil fuel-neutral by 2026.

In describing the new facility, the project team emphasizes that flexibility was a key consideration. By employing a wide range of technologies, the heating, cooling, and electricity mix being delivered to the Allston campus can be optimized based on external conditions and energy demand. As low and zero carbon technologies are tested and proven, they can be evaluated for incorporation into the new DEF because of its flexible design. This approach will also allow Harvard and others to test innovative new ideas for reducing fossil fuel emissions from district energy systems.

Beyond producing its own heating, cooling, and electricity, the DEF will also take electricity from the regional grid and distribute it to the Allston campus through a new microgrid similar to other ones that are already in place across campus.