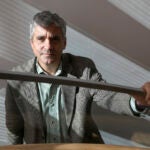 The percentage of Americans who were heavy consumers of sugar-sweetened beverages — those who drank more than 500 calories’ worth every day — dropped significantly from 2003 to 2016, according to a new study led by researchers from Harvard T.H. Chan School of Public Health.

They found that the percentage of children who were heavy consumers declined from 11 percent to 3 percent during that period, and the percentage of adults dropped from 13 percent to 9 percent. The study was published online Sept. 23 in the Journal of the Academy of Nutrition and Dietetics.

“This is promising because we know that excessive sugar-sweetened beverage consumption is related to poor health,” first author Kelsey Vercammen, a doctoral student in the Department of Epidemiology, said in a Sept. 24 UPI article. Heavy consumption of sugary drinks such as sodas, juices, and flavored milks has been linked to increased risk of obesity, Type 2 diabetes, and heart disease.