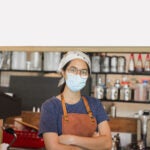 Healthier plant-based dietary patterns were associated with better environmental health, while less healthy plant-based dietary patterns, which are higher in foods like refined grains and sugar-sweetened beverages, required more cropland and fertilizer, according to a new study led by researchers at Harvard T.H. Chan School of Health and Brigham and Women’s Hospital. The findings also showed that red and processed meat had the highest environmental impact out of all food groups in participants’ diets, producing the greatest share of greenhouse gas emissions and requiring the most irrigation water, cropland, and fertilizer.

The study, which is one of the first to look simultaneously at the health and environmental impacts of various plant-based diets, was published in the November 2022 edition of The Lancet Planetary Health.

“Because human health ultimately depends upon planetary health, future U.S. dietary guidelines should include nuanced consideration of environmental sustainability and recognize that not all plant-based diets confer the same health and environmental benefits,” said Daniel Wang, assistant professor in the Department of Nutrition at Harvard Chan School, the Channing Division of Network Medicine at Brigham and Women’s Hospital and Harvard Medical School, and co-author of the study.