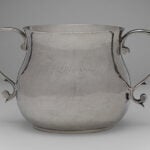 Historically, professional organizations in the study of religion have ignored the experiences and practices of marginal and new religious movements. The new Program for the Evolution of Spirituality (PES) at Harvard Divinity School is working to ameliorate the marginalization of these spiritual movements through associated courses, ongoing colloquia, and conferences that center the experiences and practices of marginal spiritual communities.

Dan McKanan, PES director and Ralph Waldo Emerson Unitarian Universalist Association Senior Lecturer in Divinity, says that one of the goals of the program is to “create an additional space, a more theological space, if you will, for people who want their identity as practitioners, or in some cases as ex-practitioners, to be in the foreground and not the background of their scholarship.”

With the fastest growing religious demographic in the United States as those identifying as “spiritual but not religious” (SBNR), the PES has created a home for studying the directions spiritually-inclined people are going outside of mainstream faith traditions. These directions include a variety of neo-pagan, metaphysical, earth-based, and ecological spiritualities. Members of Indigenous and diasporic communities are also renewing their distinctive spiritual practices.

The study of religion from its founding has defined religion on the terms of mainstream faith traditions, and thus the claim to “religion” of other traditions have often been marginalized if they lacked resemblance to the structure held by mainstream faiths. Likewise, those engaged in academic study who are practitioners have also typically been from these mainstream faiths.

The PES aims to work against both of these trends — both in expanding the academic category of what “counts” as religion, and in calling attention to the current and former practitioners of marginalized spiritual traditions.

Top of mind in all PES programming are the spiritual identities of younger generations, ecological spirituality, and the ethics of power in these communities. From reading groups and courses to an ongoing virtual colloquia and an upcoming conference on “Ecological Spiritualities,” the PES is providing space and opportunities for engagement and meaningful discussion in ways that have been previously difficult to find.

The Student Animism Reading Group is facilitated by assistant program director Natalia Schwien, a PhD candidate in the study of religion at Harvard, herbalist, and environmental activist, who explained that the goal of the reading group is to facilitate “an interdisciplinary discussion where scholars from a variety of fields, including the natural sciences, speak about their relationship with their non-human subjects.”

Additionally, several courses have been associated with PES over the past two years, including program director Dan McKanan’s “Religion and Ecology” in spring 2020 and “Ecotheology” in fall 2020, as well as Giovanna Parmigiani’s “Earth-Based Spiritualities: An Anthropological Perspective” in spring 2021.