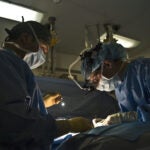 The Harvard University Choir is taking its brand of American choral music to Britain, the cradle and keeper of a rich Christian choral tradition.

The choir is scheduled to depart Boston on Sunday for a week-long tour of performances at several of England’s most prestigious university chapels and London-area cathedrals. The tour includes concerts at the Merton College Chapel, Oxford; Emmanuel College in Cambridge; King’s College in London; and London’s Southwark Cathedral where John Harvard was baptized.

“There are very few comparable programs in American to what we do with the daily morning prayer and other services at Memorial Church,” said Edward Elwyn Jones, the Gund University organist and choirmaster. “But most of the places we will visit during the tour in Britain have exactly that kind of program. So, we will be able to see those programs and sing in some great venues and cathedrals.”

The University Choir’s January tour is an annual tradition. Last year, members of the choir traveled to Reykjavík, Iceland for a week-long schedule of concerts. In the past, the choir has performed in Montreal and New York City. Jones said the performances outside the gates of Harvard Yard are an opportunity to share the music and talents of the University Choir with new audiences.

“I’m excited to spend the tour doing what our choir does best — making music and friendships in equal parts.”
— May Wang

The performances are also an opportunity to share the music of American artists, including Carson Cooman, the resident composer at Memorial Church.

“In many ways, our choir emulates the British choir tradition, so it will be powerful to visit the origins of that style of music making,” said Theodora Mautz ’19, choir secretary. “I’m really looking forward to singing joint concerts with British choirs and musicians, and coming together through the music.”

The trip to the U.K. is coming on the heels of a bit of national exposure for the choir. On Christmas morning, NBC broadcast the 108th Annual Christmas Carol service to 193 affiliate stations across the country. Jones said the broadcast provided another opportunity to share the talents of this student choir with a wider audience.

“I’m excited to spend the tour doing what our choir does best — making music and friendships in equal parts,” she said. “The tour is a wonderful time when the choir comes together without the bustle of the academic year. We are really fortunate this time to do so through unique traditions between Harvard, England, and our choir.” 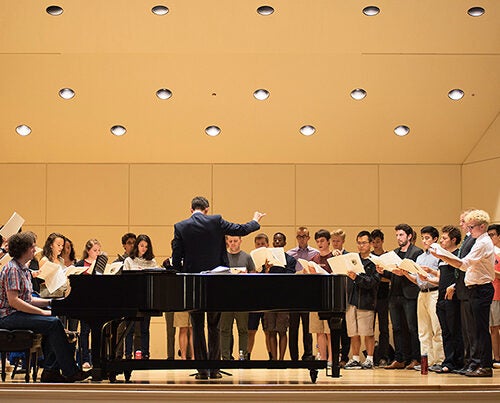 What it takes to make the Harvard choir 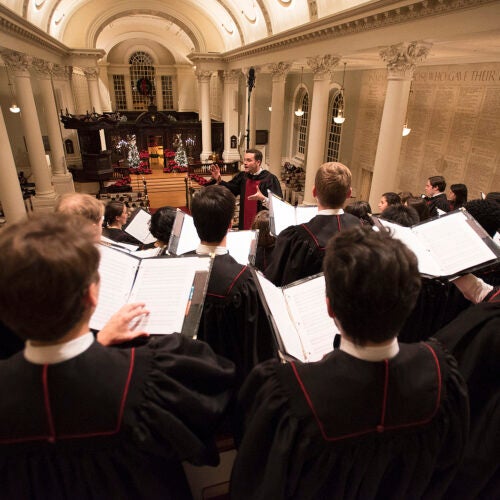