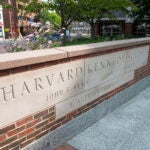 Bringing signature HKS teaching to remote learners around the world

The Harvard University Center for AIDS Research (HU CFAR) announced recently that Rajesh Gandhi and Galit Alter have taken on the positions of co-directors, with Gandhi assuming the additional title of principal investigator.

Gandhi and Alter are succeeding Bruce Walker, Harvard professor and director of the Ragon Institute of Massachusetts General Hospital (MGH), MIT, and Harvard. Walker served as director for more than 25 years and his leadership shaped the CFAR into the successful Center it is today.

CFAR provides research, education and training opportunities to members across the University and its affiliates through services that are in direct response to member needs.

“I am truly delighted that the HU CFAR membership has selected Raj and Galit as co-directors.  As CFAR members they have both played leadership roles in the evolution of the CFAR to become the vibrant collaborative network it is today,” said Walker. “Their commitment not only to the scientific mission of the CFAR but also to supporting next generation of HIV scientific leaders and creating a sense of community is exactly what the CFAR needs, and I look forward to helping in any way I can.”

Gandhi is an accomplished physician-scientist who specializes in infectious diseases, practicing at MGH. He is also a professor at Harvard Medical School (HMS). Gandhi’s research focuses on HIV, and he leads multiple clinical trials and cohort studies focusing on understanding, treating, and curing HIV infection. He has held multiple administrative leadership positions at both MGH and HMS and served as the director of the HU CFAR Clinical Core.

“I’m honored and delighted to work alongside Dr. Alter to lead the Harvard CFAR and to build on the brilliant legacy of Dr. Walker to take this amazing organization to even greater heights,” said Gandhi. “We are excited to work with an extraordinary group of investigators to bring all of our collective energy, creativity and skills to ending the HIV epidemic, here and around the world.”

Alter is a professor at HMS and a Core Member at the Ragon Institute of MGH, MIT and Harvard, where her lab is located. Her research focuses on developing and using systems biology tools to understand antibody responses, including interrogating what makes a successful immune response to vaccines, such as HIV and COVID-19 vaccines currently in trial. She has previously served as the director of the HU CFAR Advanced Technologies Core.

“I’m thrilled to take on the position of co-Director with Dr. Gandhi,” said Alter. “Dr. Walker’s work at CFAR has been instrumental in enabling the HIV field to move forward and it is an honor to be part of the leadership team chosen to continue that work.”

Gandhi and Alter began serving as CFAR co-Directors on August 1, 2020.