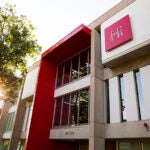 Harvard University is part of an international team of theoretical physicists from the United States and Austria to investigate fundamentally new quantum mechanical behavior arising in systems of large numbers of electrons or atoms. The collaboration, entitled “Ultra-Quantum Matter,” is supported by the Simons Foundation under the Simons Collaborations in Mathematics and Physical Sciences program, which aims to “stimulate progress on fundamental scientific questions of major importance in mathematics, theoretical physics and theoretical computer science.”

In a notable reversal of the trend towards increased specialization, the UQM collaboration team cuts across traditional boundaries and consists of condensed matter and high energy theorists as well as atomic and quantum information experts, who will work together on discovering the properties of new forms of UQM and help enable their realization in the lab.