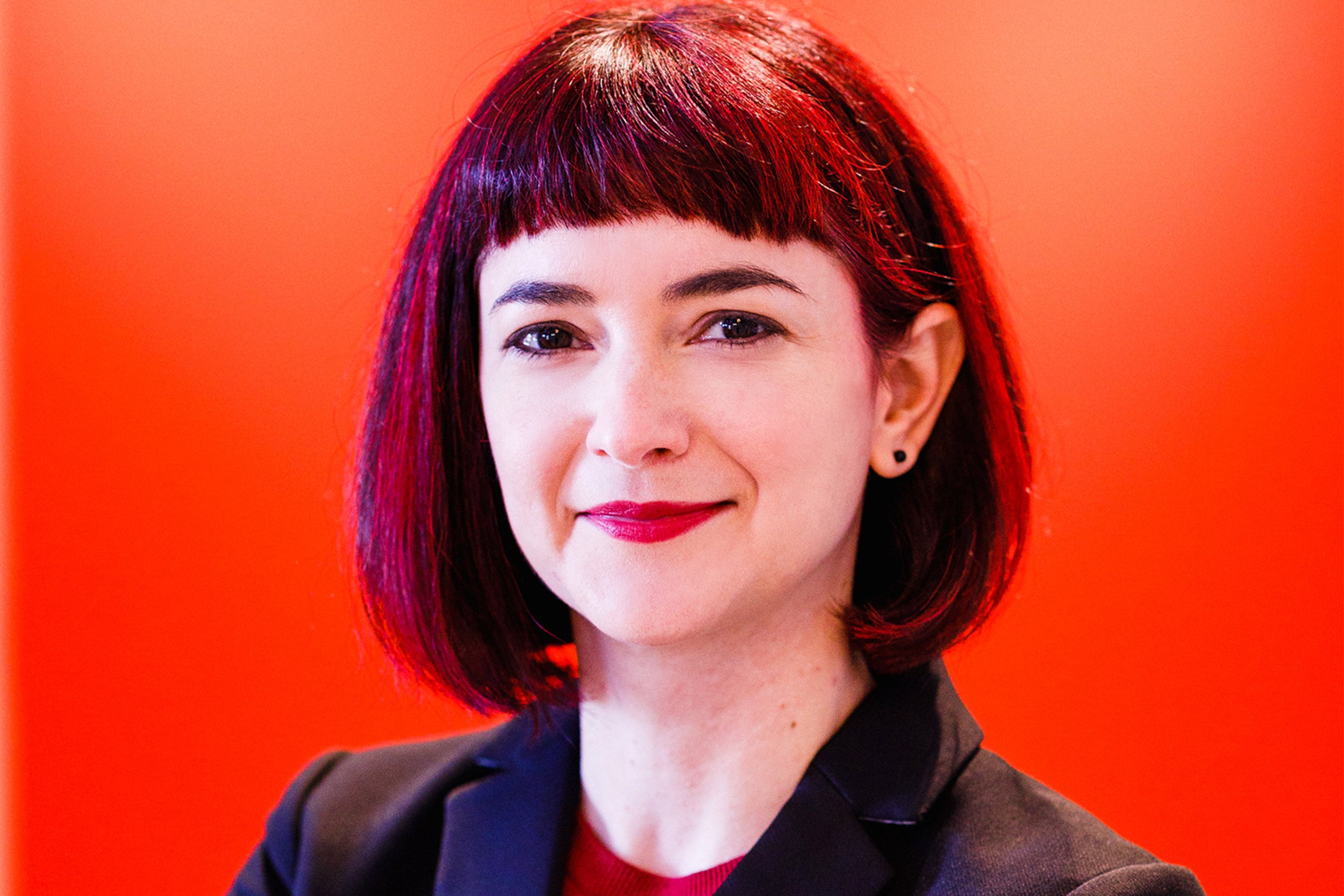 Stepping expectantly into a museum gallery with a vast skylight overhead, the men and the Harvard student guide pause before a statue of an Assyrian king. Emily Axelsen ’23 is leading her first Touch Tour at the Harvard Semitic Museum, a beta-test of the new free program for adults with visual impairments.

“We’re in a rectangular room with 12 resin slabs on the walls,” Axelsen begins to describe “From Stone to Silicone.” She explains that the slabs are precise copies of 3,000-year-old original stone carvings that once adorned the palace of King Ashurnasirpal II in Nimrud, near modern-day Mosul in Iraq. Axelsen’s visitors may touch the panels, and handle several models and a 3D-printed replica of the Ashurnasirpal statue, rather than the original.

She continues, “Each panel tells a story, and shows the roles of kings. The first one is called ‘Hunting Lions from a Chariot.’ Would you like to explore it first or would you like me to explain it first?”

Howard Sumner, a retired medical device executive who started to lose his sight at age 62 and now describes his vision as “extremely blind,” asks for an explanation first. Sumner is among the 38 million Americans over age 40 who are blind, visually impaired, or have an age-related eye disease. He and his sighted friend Bill Cooney are both experienced museum visitors, and among the first to provide feedback on the tour.

Axelsen is an experienced guide, having led New-York Historical Society groups for three summers, but she has never given tours for visually impaired people until now. Polly Hubbard, director of education for the Harvard Semitic Museum said, “Creating tours for visitors with vision loss benefits the growing population of elders and fits our mission to make the museums accessible to a widely diverse audience. Practicing these accommodations in one exhibit can help us get better at designing our next projects with this audience in mind.” To develop a tour “script” and strategies, Hubbard researched disability resources, sought guidance from other museums, and recruited beta testers through the Harvard Disability Office.

Sumner appreciates that the tour lasts an hour, explaining that longer tours can be exhausting. Asked to recommend improvements to the Semitic Museum’s tour, he first compliments Axelson’s performance, then wonders if a fabric sample might be available, similar to the king’s robe, or a sound sample of the musicians depicted in the art.  Based on Sumner’s recommendations, Hubbard located an appropriate musical excerpt, but identifying an accurate fabric sample was a challenge. In all, Sumner is pleased with the tour so far, and says, “It’s a good time to be blind, compared to what it must have been like 50 years ago.”

Harvard Semitic Museum Touch Tours will be offered to people with low vision during fall and spring semesters starting Feb. 9, 2020.