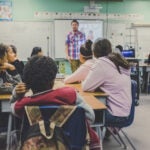 The Harvard Project on American Indian Economic Development and the Native Nations Institute at the University of Arizona announced the release of a nation-building toolbox dedicated to tribal courts and justice systems. The Tribal Justice Systems Toolbox  is the third EdTech platform in a series of self-governance tools released by the Harvard Project and institute. The toolbox is equipped with samples of nationally and internationally recognized indigenous court systems in hopes of sharing effective models and encouraging best practices. Users can access digital resources that feature testimonials, articles, manuals, codes, interactive maps, and advice from a diverse array of justice experts from across Indian Country.

The toolbox is overseen and monitored by two experts in the field, Judge Korey Wahwassuck, former chief judge of Leech Lake Band of Ojibwe Tribal Court and now a district court judge, Itasca County, Minn., and Jennifer Fahey, advocate and criminal justice consultant. Together they have worked to bring together quality resources for communities seeking to improve their justice systems.

Over 30 years of research by the Harvard Project finds that a native nation’s court system is key to successful nation-building. Harvard Project research director Miriam Jorgensen said that “a strong court system protects against attacks on sovereignty such as other governments’ meddling, community distrust, political exploitation, or weak law application.”  Wahwassuck added, “The biggest challenges facing tribal justice systems today are a lack of adequate resources and tribal governments that undermine the independence of their own judiciaries. Both of these can cripple tribal justice systems, and, ultimately, tribal nations.” As one of the three toolboxes launched so far, the Justice Systems one continues to prioritize the importance of nation building across Indian Country.

The toolboxes feature the contributions of partners and subject-matter experts with valuable knowledge to share. As multimedia platforms, they shine a light on lessons and best practices. The toolbox and other self-governance tools can be obtained online.