Harvard organist’s new set of keys will be in Washington 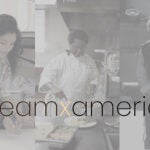 Sunday services at the Memorial Church conclude with final prayers and the benediction, but as some congregants make their way toward the exits, many stay seated each week listening to Thomas Sheehan fill the sanctuary with eloquent music from the church’s pipe organ.

Fans of the acclaimed and versatile organist have just a few more opportunities to hear Sheehan perform in the sanctuary of Memorial Church. He is leaving the Church, and Harvard University, at the end of the spring term to become the lead organist at another historic church, the Washington National Cathedral in Washington, D.C.

After five years of providing the musical accompaniment to the Harvard University Choir, and services in the Memorial Church, the move marks a significant opportunity in the young musician’s life, and an artistic change at the organ keyboards of Harvard’s iconic church.

“I feel it’s been a golden period for music here the last five years,” said Edward Elwyn Jones, Gund University Organist and Choirmaster in the Memorial Church. “There is just a lovely spirit in the music department, in the choir, and I think much of that has to do with Tom’s grace as a human.”

Sheehan’s final organ recital is scheduled for 7:30 p.m., May 21 in the church. His final Sunday at the keyboards will be May 26. And Sheehan said the upcoming performance and services give him the opportunity to honor the kind of support exhibited each Sunday when Memorial Church congregants remained in their seats enjoying his music following services.

“I’m just so grateful for the support of the Memorial Church community, because without them there is less reason to do what we do,” said Sheehan. “We are a church that has an audience in mind, a university community. And I’m so grateful they choose to consume the music we are creating.”

The standard for musical excellence at Memorial Church will, of course, continue. In April, Jones announced the appointment of award-winning organist, David von Behren, as the new assistant organist and choirmaster. Von Behren earned his master of music degree at Yale University’s School of Music/Institute of Sacred Music. He is also a graduate of the Cleveland Institute of Music where he earned his Bachelor of Music degree in organ performance and music theory.

“David is doing really well on the recital scene and also has a lot of experience as a church musician, which is terrific,” said Jones. “He’s a versatile musician and he’s not only a really excellent organist and singer, but he’s a violinist as well, of very high caliber.”

Sheehan is also taking on a larger role in his next career step at the Washington National Cathedral, considered the “spiritual home” for the United States.

“It’s an exciting part of the job when all of the television cameras are there,” Sheehan said. “But it’s not why I became an organist in the first place. It’s the daily making of the music that really appeals to me. That is why I got into this in the first place.”