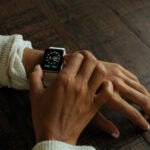 Financial incentives key to increasing the use of digital health devices, research says

Matt Segneri will become the Bruce and Bridgitt Evans Executive Director of the Harvard Innovation Labs (i-lab), a university-wide entity that fosters team-based and entrepreneurial activities and provides a forum for interactions among students, faculty, alumni, and the surrounding community.

A first-generation college student and graduate of both Harvard College and Harvard Business School (HBS), Segneri has been the director of the HBS Social Enterprise Initiative for the past five years. During that time, he served as co-lead of the HBS New Venture Competition; as an MBA Ombudsperson; and as a judge for and advisor to the President’s Innovation Challenge, MassChallenge, and the MIT $100K Competition. Segneri also was instrumental in developing the proposal that established the Bloomberg Harvard City Leadership Initiative, a collaborative effort across the Harvard Business School and Harvard Kennedy School and an innovative example of entrepreneurship within academia.

He received the Boston Business Journal’s 40 Under 40 and the Greater Boston Chamber of Commerce Ten Outstanding Young Leaders Awards. Segneri held previous leadership roles in organizations of different sizes and phases of development, including the City of Boston Mayor’s Office, Bloomberg Philanthropies, and the Monitor Group.

“The i-lab has been an extraordinary success, and as we gain new neighbors in Allston — beginning with the Science and Engineering Complex next fall — it’s thrilling to imagine an even greater future,” said Nitin Nohria, Dean of Harvard Business School and director of the i-lab Advisory Board. “Matt’s passion for innovation and entrepreneurship, his strong ties to the student and alumni communities, and his proven record of excellence make him an outstanding choice for this role.”

Harvard University Provost Alan M. Garber, added, “Matt’s deep understanding of undergraduate and graduate education, along with his demonstrated commitment to mentoring and helping educate the next generation of student entrepreneurs, makes him the right person to guide the i-lab in this next chapter.”

Since its launch in 2011, more than 38,000 students from all 12 Harvard University schools have experienced the i-lab, 1,600 ventures have been incubated, and $2.7 million has been distributed in non-dilutive funding.

Segneri said he looks forward to building on the success of his predecessors, Gordon Jones and Jodi Goldstein, while exploring new opportunities and meeting new needs. “I believe that problems are solved at the intersection of ideas and disciplines. It is pure magic when you bring together people from across the University to think differently and build new things. The i-lab truly is One Harvard at its best,” he said. “This is a very exciting moment in time and a way to be in service to these student entrepreneurs, the University, and the city that I love.”