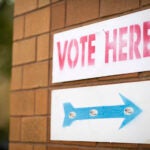 Harvard Library, like all academic libraries in the U.S., typically takes its cataloging language cues from the Library of Congress. But it has now made one major exception — the phrase “illegal alien.”

That subject heading disappeared permanently from Harvard’s collection descriptions in January, thanks to work by Change the Subject Task Force, a group of staff from across multiple libraries and departments. Headed by Gutman Library Scholarly Communications Librarian Rebecca Martin and cataloger Te-Yi Lee, the group spent more than six months planning the logistics of the change, approved by library leadership.

Harvard Library isn’t the first to drop the phrase, but it does have the largest collection of affected items of any single library. More than 8,000 items previously tagged with “alien” or “illegal alien” now have a subject heading of “noncitizen” or “undocumented immigrant.”

The task force used some of the same reasoning as other libraries and the Associated Press, which made similar decisions in recent years: Only actions, not people, can be illegal, and the term “alien” in this context is confusing, othering, and outdated.

“Intentionally not using the Library of Congress subject heading is a really defiant act in a way,” said Martin. “[But] our task force feels really strongly that our users, especially our students, should not see pejorative terms describing them from the University.”

“Harvard’s Associate University Librarian for Scholarly Resources Elizabeth Kirk, who did similar work at Dartmouth College in 2014, clarified that the library isn’t altering content — users still might still see the phrase in the text or title of individual records — only the way of describing materials.”

“The Library’s code of ethics says we try to represent opposing points of view, and it’s important for people to be able to see and access information that may be very hateful so they can understand historically why something happened,” Kirk said. “But there’s a difference between giving you that [hateful] information and making you participate in an ongoing system of oppression as you’re trying to access that information.”

Martin explained that all libraries typically follow the Library of Congress when it comes to subject headings. Its lexicon is the standard, and libraries follow it for user consistency.

The Library of Congress periodically updates its subject headings, through a process that requires proving a heading is no longer part of common vernacular. This process has resulted in discontinued subject headings like “insane” instead of “mentally ill” and various racist terms referring to African Americans.

Congress had never interfered with a Library of Congress plan to change a subject heading — until this one. Republicans in the House of Representatives filed a two separate bills intended to force the library to continue using the term “illegal alien.” One was called the Stopping Partisan Policy at the Library of Congress Act, while the other was a Legislative Branch Appropriations Bill that included a provision forcing the Library of Congress to use “illegal alien” because that term was in the legal code. The second bill, including this provision, was approved by a 237‒170 House vote.

Several universities have since taken on the challenge of working outside the Library of Congress lexicon and made the change locally.

At Harvard, Martin became acutely aware of the issue a couple years ago, when the Gutman Library purchased a DVD for its collections that was directed and produced by a Harvard graduate who was undocumented.

“When we got to cataloging it, our option was to use the ‘illegal alien’ subject heading,” Martin said. “I felt really gross about using that heading in general, and [especially] in referring to one of our students.”

Martin and Lee formed the Change the Subject Task Force last year and approached the various departments that would need to be involved in the logistics of their planned change, from Information and Technical Services to Access and Discovery librarians.

Kirk, who acted as an adviser to the task force, said she was “thrilled” with each department’s willingness to help. “Everyone along the way really embraced the idea and did everything they could to make it easier,” she said.

Not only were colleagues enthusiastic about the task force’s work, some were already working on similar projects in other areas of the library that connected to and reinforced it. Archivists in several Harvard repositories, for instance, have been implementing inclusive descriptive practices in finding aids and catalog records and remediating historic use of harmful and offensive language. A new library staff group was also formed to review subject headings and propose different terms for those they deem offensive.

Martin said the task force, meanwhile, is now encouraging patrons to notify its members if they find other problematic subject headings in HOLLIS. Based on what patrons send them, they’ll first try to use the formal revision process through the Library of Congress.

“But we will commit to local change if the Library of Congress can’t do it,” Martin added.

In 2016, Rep. Diane Black (R-TN) sponsored the bill that mandated use of “illegal alien” by the Library of Congress. In a statement on her website, Black said changing the subject heading was “trading common-sense language for sanitized political-speak” and “caving to the whims of left-wing special interests.”

The task force know they may get a similar reaction from some Harvard Library users, who question why the library can’t remain neutral by using the existing Library of Congress heading.

“There’s nothing neutral about what we call people and how we describe someone’s place in society, about what we say someone’s value is,” Kirk said. “Language always takes a side. We can choose to bruise people, or we can choose to embrace people, and we’ve chosen to embrace people, because we say we strive for inclusive excellence and that’s what inclusive excellence requires.”

CORRECTION: An earlier version of this article mistakenly stated that the Stopping Partisan Policy at the Library of Congress Act was passed by Congress. The earlier version also listed the wrong year of the ‘change the subject’ work done by Dartmouth College. Dartmouth began their work in 2014, not 2016.