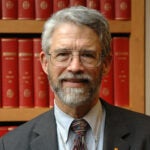 An eminent nuclear physicist and a pair of renowned social scientists from the University of Pennsylvania are recipients of the Harvard Kennedy School 2017 Richard E. Neustadt and Thomas C. Schelling Awards. The awards will be presented April 6 during a ceremony in Cambridge hosted by Harvard Kennedy School Dean Douglas Elmendorf.

Ernest Moniz, formerly the U.S. Secretary of Energy and currently a fellow at HKS’ Belfer Center for Science and International Affairs, will receive the Richard E. Neustadt Award. The award is bestowed annually to honor individuals who have created exceptional solutions to significant problems in public policy. Past recipients include Navanethem (Navi) Pillay in 2016, former Irish President Mary Robinson in 2015, former U.S. Senators Richard Lugar (R-IN) and Sam Nunn (D-GA) in 2013, William “Bill” Drayton in 2012, Paul Volcker in 2011, Alice Rivlin in 2009, Gro Harlem Brundtland in 2008, and Muhammad Yunus in 2006.

Barbara Mellers, the George I. Heyman University Professor at the University of Pennsylvania, and Philip Tetlock, the Annenberg University Professor at the University of Pennsylvania, will be presented with the Thomas C. Schelling Award, bestowed annually to individuals whose remarkable intellectual work has had a transformative impact on public policy. Past recipients include Stanley Fischer in 2016, William Nordhaus in 2015, Sara McLanahan in 2013, Amartya Sen in 2012, Esther Duflo in 2011, Harold Varmus in 2009, Daniel Kahneman in 2006, and Richard Posner in 2005.