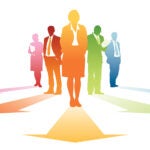 Harvard men’s and women’s fencing head coach Daria Schneider has recently been appointed to the United States Olympic & Paralympic Committee Board of Directors. Schneider, one of six new board members, will serve as an Athletes’ Advisory Council representative.

“I am honored to have been elected to the USOPC Board of Directors and am grateful to my fellow athletes and teammates within USA Fencing for their example of inspired service to the fencing community over many decades,” Schneider said. “I look forward to bringing my experience as an athlete, coach, and member of the Harvard family to this exciting new role.”

“We are thrilled to welcome these six new members, each bringing a wealth of experience and unique perspective and knowledge to the USOPC board,” said USOPC Chair Susanne Lyons. “As a board, we are committed to improving the experience and support for America’s elite athletes across the Olympic and Paralympic movements, and I am confident the backgrounds and passion these new directors bring will continue to elevate our work in serving Team USA.”

Schneider has served as an athlete representative on the USA Fencing Board of Directors since 2012 and as fencing’s athlete representative to the USOPC Athletes’ Advisory Council since 2017. She has remained actively involved in supporting Team USA, serving as team captain at the last two Senior World Championships, including the 2018 Worlds where the United States won a record six medals, including first-ever titles by the women’s foil and epee teams.

In her first year at the helm of the Crimson in 2019-20, Schneider was named the Ivy League Men’s Fencing Coach of the Year after leading Harvard to its first outright Ivy title since 2013. The Crimson men, which posted a program-record 20 victories over the course of the year, finished the season ranked No. 1 in the country. Harvard also qualified 11 fencers overall for the 2020 NCAA Championships, prior to the cancellation of the event due to the COVID-19 pandemic.