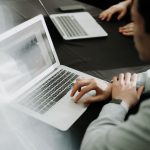 Four Harvard affiliates were awarded fellowships from the Board of Trustees of the John Simon Guggenheim Memorial Foundation last week. They are among a group of 184 total recipients lauded for their exceptional work in the arts and scholarship.

Paul J. Kosmin is the Philip J. King Professor of Ancient History. His research centers on the political, cultural, and intellectual history of the ancient Greek world and deals with questions regarding the relationship between empires and systems of knowledge and interactions between the Greek world and the near East. His work includes the books “Time and Its Adversaries in the Seleucid Empire” and “The Land of the Elephant Kings: Space, Territory, and Ideology in the Seleucid Empire.”

Laura van den Berg is a writer and senior preceptor in the Department of English. Her books include the novels “Find Me” and “The Third Hotel,” and the story collections “I Hold a Wolf by the Ears,” “The Isle of Youth,” and “What the World Will Look Like When All the Water Leaves Us.” She is the recipient of the Bard Fiction Prize, the Rosenthal Family Foundation Award from the American Academy of Arts and Letters, and an O. Henry Award. Her work has appeared in publications including The Paris Review, BOMB, Virginia Quarterly Review, McSweeney’s, and has been anthologized in The Best American Short Stories, The Best American Mystery Stories, The O. Henry Prize Stories, and The Best American Nonrequired Reading.

Paul Yoon is a writer and senior preceptor in the Department of English. He is the author of the novels “Run Me To Earth” and “The Snow Hunters” as well as the short story collections “The Mountain” and “Once on the Shore.” He received a 5 under 35 Award from the National Book Foundation and a fellowship from the New York Public Library’s Cullman Center for Scholars and Writers. His work has appeared in Harper’s Magazine, the PEN/O.Henry Awards, and the Best American Short Stories.

Crystal Z Campbell is a multidisciplinary artist, experimental filmmaker, and writer who is a 2020-21 Radcliffe-Film Study Center Fellow and a David and Roberta Logie Fellow. At Radcliffe, Campbell is producing an experimental film titled “SLICK,“ centering the 1921 Tulsa Race Massacre and its longstanding effects on the City of Tulsa. Campbell’s work has been exhibited globally and she has received honors and awards from the Flaherty Film Seminar, the MacDowell Colony, MAP Fund, Mid-America Arts Alliance, and more.

Since its establishment in 1925, the John Simon Guggenheim Memorial Foundation has granted nearly $400 million in Fellowships to more than 18,000 individuals, among whom are more than 125 Nobel laureates, members of all the national academies, winners of the Pulitzer Prize, Fields Medal, Turing Award, Bancroft Prize, National Book Award, and other internationally recognized honors.

In all, 49 scholarly disciplines and artistic fields, 73 different academic institutions, 28 states and two Canadian provinces are represented in this year’s class of Fellows, who range in age from 31 to 85. Close to 60 Fellows have no full-time college or university affiliation.