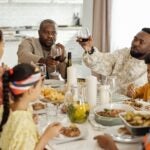 Danoff Dean of Harvard College Rakesh Khurana announced the appointment of Thomas Dunne as dean of students for the College. He will begin the role June 1.

Dunne has served in the Office of the Dean of Undergraduate Students at Princeton University since 1999, most recently as deputy dean of students. At Harvard, he will oversee the College’s residential life system, student engagement team, and Office of Equity, Diversity and Inclusion. (In 2018, the Dean of Students Office was created by merging the former Office of Student Life with the Freshman Dean’s Office.)

“Over the last several months, I have had the opportunity to spend some time with Dean Dunne, and I have been so impressed with his deep appreciation for undergraduate education and his investment in young people’s experiences during their time as students,” Khurana said in an email message to students and staff last week. “He views his work with students not just as a job but as a calling to create meaningful, inclusive spaces for every student.”

Dunne has spent his career in higher education, first as a residence hall director at Boston College, followed by a semester at sea for the Institute for Shipboard Education. From 1996 to 1999 he worked at Cornell University where he served as a residence hall director and program coordinator for the Noyes Community Center. Dunne is a graduate of the University of Detroit. He got his master of arts in American Studies from Boston College. In 2020, he graduated from the Oxford Executive Leadership Programme at the University of Oxford Saïd Business School.

Dunne expressed excitement for the dean of students role, saying: “I had the opportunity to visit campus several times throughout the fall, and I was struck by the extraordinary level of engagement and enthusiasm among the student population.

“I can’t wait to get to campus and meet you soon!” he added.