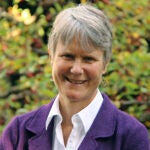 Hugo E.R. Uyterhoeven, M.B.A. ’57, D.B.A. ’63, an expert on general management and a member of the Harvard Business School (HBS) faculty for more than 50 years who maintained a steadfast commitment to course development and teaching while also making a lasting mark as a talented administrator, died on Monday evening, Jan. 29, at a hospital in Melbourne, FL, near his home in Vero Beach. He was 86 years old.

According to his daughter Laura U. Moon, Managing Director of Initiatives at HBS, the cause of death was complications from a fall following a bike ride with his wife, Julie, on Sunday, Jan. 28. “As he wished, my father lived life to the fullest and passed away peacefully,” Moon said. At the time of his death, Uyterhoeven was the School’s Timken Professor of Business Administration Emeritus.

Uyterhoeven’s academic interests focused on business policy and the role of the middle manager. He also examined the domestic and international economy, particularly the interaction between business and government, as well as the subjects of productivity, corporate profits, and structural changes in the world economy. He taught many courses in the Harvard MBA program, including Management of International Business; Business, Government, and the International Economy; and Industry and Competitive Analysis. He taught in and was course head of Business Policy and the General Manager’s Perspective.

Uyterhoeven’s late friend and colleague Professor Norman Berg once noted that “Hugo had a great ability to challenge and get students involved in the material. He had a European background and a broad knowledge of international affairs and business that came through in any discussion.” “He was my favorite teacher, because he was so tough,” Andreas Andresen, a retired German industrialist and alumnus of the 69th session of AMP, once told the HBS Alumni Bulletin.

Colleagues also benefited from Uyterhoeven’s well-honed teaching skills, especially the creative teaching plans he devised. “Hugo was a fantastic teacher,” recalled HBS senior lecturer Ashish Nanda. “He used to tell me to ‘Think of a class as a horse you are riding. The more tightly you pull on the reins, the more the horse will buck. The more you let the reins free and the horse roam, the happier the horse will be and the better your ride.’”

Uyterhoeven also made significant contributions on many other fronts at Harvard Business School. He served twice as faculty head of AMP during the 1970s, while also chairing the School’s General Management Unit (or Department).